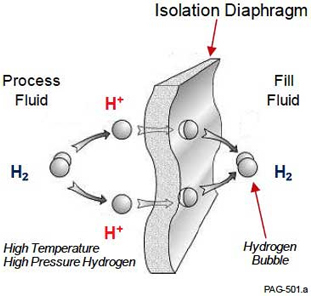 Introduction
Hydrogen is the simplest and smallest atomic element. Water, acids, bases, and the immense family of organic compounds all contain hydrogen. Even though hydrogen is not corrosive, it can cause problems for pressure transmitters through Hydrogen Permeation.

View all posts by: admin